These ancient and power creatures have helped and hindered demigods for millennium. They are very skilled at making weapons. They are naturally fire resistant so they are able to work in very harsh conditions. They have the unique ability to mimic others.

It really depends on the individual, but on average they are not very trustworthy. They take great pride in their work and craft.

They have plenty of muscle and very strong bones and teeth. The heat resistance is a mystery it's probably just very durable skin. They also have very good hearing.

Their only handicap is one eye. So they cant see in the distance.

They are about 6-12 feet tall. They look like a giant with a single eye. They have sharp but very dirty teeth because obviously they don't use toothbrushes or any kind of dental hygiene

Be very careful around wild Cyclopes they may try to kill you. Domestic ones are far more trustworthy and will usually offer their services. They are not that smart, but incredibly strong.

The first cyclopes were raised by Uranus and Gaia. Uranus was not pleased with the monsters and imprisoned them until Kronos overthrew him. During Kronos' rule, he did not release the cyclopes, so his mother Gaia and his wife Rhea plotted against him.

These first three were released by Zeus who gave him his Master Bolt, Poseidon his trident an Hades his Helmet. Afterwards cyclopes would be the children of Poseidon and nature spirits/nymphs.

Later in the ages cyclopes were usually worker and weapon makers for the gods. But there has been reports of wild Cyclopes who are often very agreesive to humans and demigods. 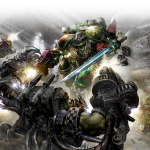